My Blog
Home disease How To Deal With Alzheimer’s Disease?
Alzheimer’s (also called: presenile dementia) is the most common cause of dementia. It damages mental and social skills, which impedes daily performance in normal life. Alzheimer’s disease is the atrophy of healthy brain cells that leads to a continuous decline in memory and mental/intellectual abilities. 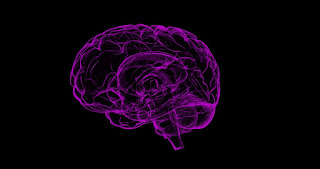 Alzheimer’s is not a normal stage of aging, but the risk of developing it increases with age. About 5% of people between the ages of 65 and 74 suffer from Alzheimer’s disease, while the percentage of people with Alzheimer’s disease among people age 85 and overreaches about 50%.
Although Alzheimer’s is an incurable disease, there are treatments that may improve the quality of life for those who suffer from it. Patients with Alzheimer’s disease, as well as the people they care for, need the support of family and friends in order to successfully fight Alzheimer’s.
In the first stage of Alzheimer’s, there is a slight loss of memory and instances of confusion and confusion, which ultimately leads to irreversible and irreversible damage to the patient’s mental abilities, and also destroys his ability to recall, to logical thinking, to learning and to imagine.
Everyone finds it difficult to remember a few things. It’s normal to forget where you put your car keys or the names of people you rarely meet. But in Alzheimer’s patients with memory problems are exacerbated much.
People with Alzheimer’s disease face the following problems:
It is very difficult to perform routine tasks that involve a few stages or steps, such as cooking. People with advanced Alzheimer’s disease eventually forget how to do the most essential.
Alzheimer’s patients have personality changes, such as:

Causes and risk factors for Alzheimer’s

Alzheimer’s is not the result of just one factor. Scientists believe that Alzheimer’s disease is caused by a combination of genetic and other factors related to lifestyle and the surrounding environment. It is very difficult to understand the causes and factors of Alzheimer’s, but its effect on brain cells is clear, as it affects brain cells and eliminates them.
There are two common types of neuron damage (neurons) in Alzheimer’s patients:
Plaques: accumulation of a protein, usually harmless, called Amyloid beta, can cause damage in the communication process between brain cells. The main cause of neuronal destruction in Alzheimer’s is still unknown, but there is ample evidence that an abnormally accumulated amyloid-beta protein is the cause.
Tangles: the internal structure of cerebral cells depends on the proper and normal functioning of a protein called Tau protein. In Alzheimer’s patients, changes in the fibers of Tau protein lead to twisting and wrapping. Many researchers believe that this phenomenon may cause significant and serious damage to nerve cells (neurons), and even eliminate them.
Age: Alzheimer’s disease usually appears over the age of 65, but it can appear, in very rare cases, even before the age of 40. The prevalence of the disease among people aged 65-74 years is less than 5%. Among those aged 85 years and older, the prevalence of Alzheimer’s is about 50%.
Genetic factors: If the family has Alzheimer’s patients, then the possibility of first-degree family members (sons/daughters, siblings/sisters) is slightly higher. The genetic mechanisms for the transmission of Alzheimer’s disease among members of the same family have not been fully identified yet, but scientists are noticing a few genetic mutations that increase the risk of infection in certain families.
Gender: Women are more likely than men to develop Alzheimer’s disease. One of the reasons for this is that women live for more years.
Minor cognitive defects: People with mild cognitive defects have more serious memory problems than are acceptable and usual in their age, but not serious enough to define them as dementia. Many people with these defects develop Alzheimer’s disease at some point.
Lifestyle:
Factors that increase the risk of heart disease also increase the risk of Alzheimer’s disease. of between it:
Maintaining high physical fitness is not the only task – the brain should be trained as well. Some research and studies confirm that maintaining mental activity throughout life, especially at an advanced age, reduces the risk of developing Alzheimer’s disease.
Educational-cultural level: Studies have found a relationship between low-level education and the risk of developing Alzheimer’s disease. But the exact reason for this is unknown. Some researchers believe that the more we use our brain, the more areas of contact and communication between the neurons, which make up the largest reserves in old age, will be created. However, it may be difficult in the first place to notice Alzheimer’s disease in people who keep their brains permanently.

How To Treat Asthma In 5 Minutes?

How To Avoid Injuries And Lower Back Pain ?

How To Deal With Nausea And Vomiting ?

Should You Be Popping Probiotics?

Top 5 Snacks to Fuel Your Workout

ABOUT US
Health Mafiya is a health-related blog. Here you can find health-related tips and tricks.
Contact us: [email protected]
FOLLOW US
© Copyright 2020- HealthMafiya